You are here: Home / Uncategorized / The State of Our Industry

On the walls of our Houston Z-Terra office, we have a lot of movie posters.  It’s a tradition that started at 3DGeo when our office was across the road from Silicon Graphics, which made computers used for computer generated imagery and which had a lot of movie posters on its walls.  We visited Silicon Graphics often for support.  We kept the tradition at Z-Terra, and each poster comes from somebody’s favorite movies list.  One of the posters is from Batman Begins and includes a quote from the movie: “Why do we fall, sir? So that we can learn to pick ourselves up.”

We are starting to pick ourselves up as an industry.

The oil price collapse, which began in June 2014, initiated a wave of cost reduction among upstream businesses.  Global oil and gas companies slashed capital expenditures by about 40 percent between 2014 and 2016. As part of this cost-cutting campaign, some 400,000 workers were let go, and major projects that did not meet profitability criteria were either canceled or deferred.  The human cost of restructuring within the oil and gas sector has been enormous. Downsizing, which has been both cyclical and harsh, has deprived the industry of some of its smartest veteran talent while scaring away new recruits.  The wave of worker layoffs eliminated significant experience, knowledge, and skills.  The loss of these capabilities could push development project costs up substantially.

Figure 1:  Normalized service companies revenues from 2012 to 2018.  2018 revenues were estimated based on the first two quarters. 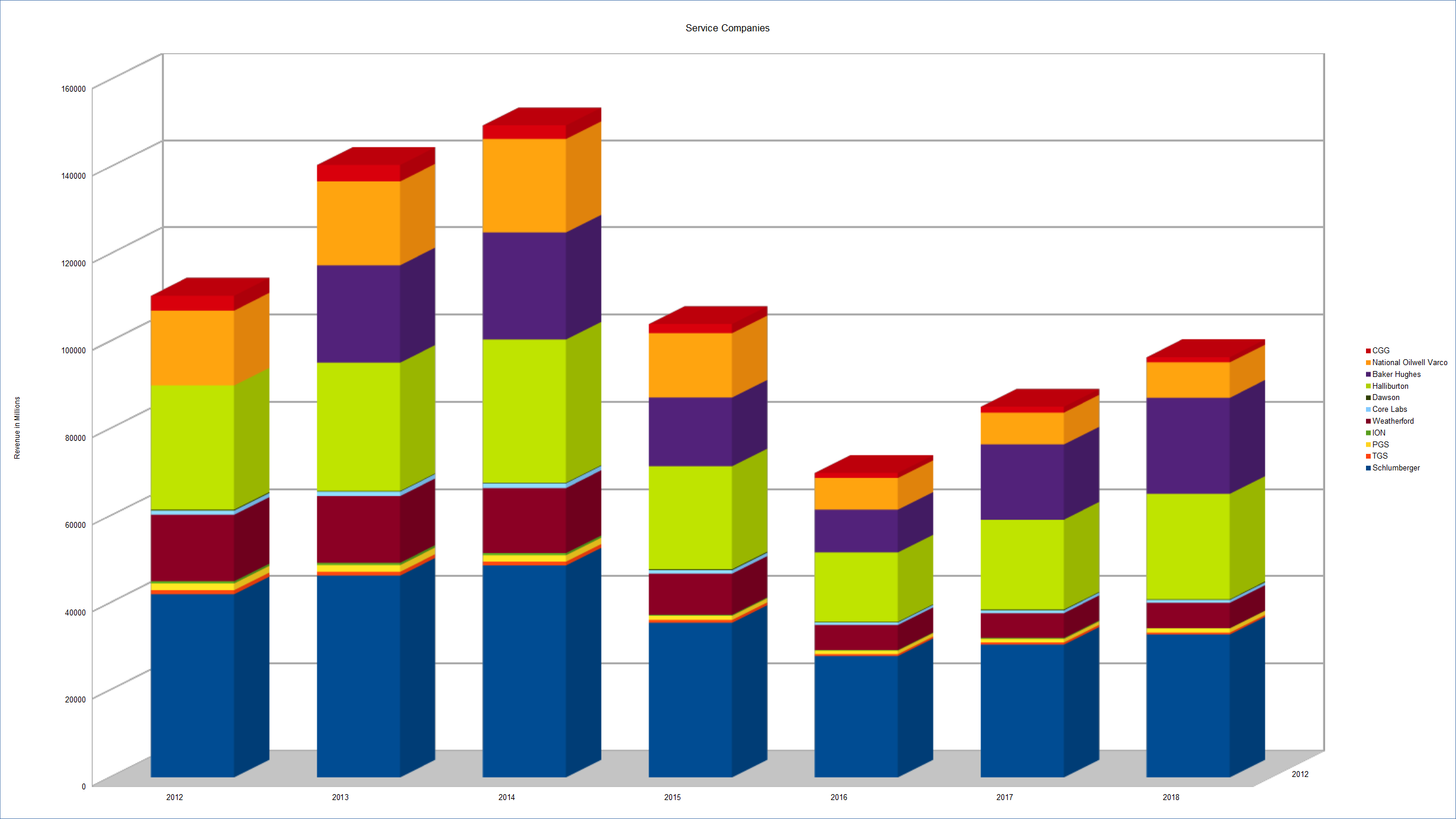 Figure 2:  Total revenues from 2012 to 2018 for several service companies.  2018 revenues were estimated based on the first two quarters.

I used to keep track of layoffs in the industry, different company announcements, friends and colleagues losing their jobs.  I stopped doing it, too depressing.  Compared to the oil-and-gas industry where if you divide the total company revenue by the number of employees you get a number in the $4 million to $5 million range, in the services industry that same number is in the $300K to $400K per employee range.  No wonder when the revenues decrease to half, the first cuts are to people. Salaries are the one of the largest components in service companies cost.

The good news is that 2017 was a year in which all the companies started to recover, albeit a very slow recovery. The bottom appears to have been in the first half of 2016.  It seems the new focus of oil and gas companies has been in becoming more efficient at the cost of investing in new reserves discovery.  In an industry where reserves and production decline naturally as oil is pumped from fields, continued investment in exploration is critical for a company’s market capitalization.  Without the exploration expense, the oil and gas reserves of the world’s top energy companies have steadily declined since 2014.  Right now (in 2018) it seems the large oil companies are increasing reserves by acquisition.  Globally, that is a zero sum game.  Without new exploration, the global reserves will continue to decrease.

In more good news, analysts at Morgan Stanley and Jefferies predict spending by the world’s top seven oil companies will rise to a combined $136 billion by 2020 from $105 billion in 2017.  If those projections hold true and 2020 is indeed a growth year, we simply need to survive in this new lean environment for another year or so.  Growth is on the horizon.

Submit to my newsletter :)

Alexander Mihai Popovici is the Chief Executive Officer and Chairman at Z-Terra Inc., a provider of state-of-the-art geophysical and geological technology, services and software for the upstream oil and gas industry.

This site uses Akismet to reduce spam. Learn how your comment data is processed.